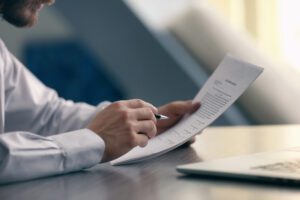 Whether you are applying for a job or already employed, you expect to be treated fairly by an employer. Yet many times, this does not happen. Whether due to prejudice or other biases, job applicants may fail to get interviews or hired for positions where there is no doubt they are the most qualified person. In other situations, employees may be discriminated against due to race or gender, or may endure sexual harassment. Whatever situation arises, litigation may be needed to solve the problem. When it is, consult with Seattle Washington employment lawyers at Albert Law.

In many instances, an employee may be held back from being promoted simply due to their employer’s biases. For example, some employers may view women as being incapable of doing the same tasks as men, or perhaps being too emotional to be placed into a management position. Unfortunately, some employers may be prejudiced against various races and do everything possible to deny them the opportunities for which they have worked hard and deserve. If you are facing such a situation, contact Seattle Washington employment lawyers at Albert Law at once.

If you believe your employment rights are being violated due to discrimination or harassment, it is important to gather as much evidence as possible to back up your claims. For example, if you are being denied promotions yet have been given excellent performance reviews, obtain copies of these from your HR department. In addition, if you are dealing with sexual harassment, obtain copies of any offensive emails, drawings, or other items that have been sent to you. Upon doing so, contact an experienced attorney and allow them to examine the evidence and listen to your concerns.

Albert Law has represented numerous employees and applicants who suffered discrimination and wrongful termination, as well as employees whose companies promised them salaries and bonuses that it later refused to pay. Albert Law has represented numerous doctors and surgeons who accused hospitals of discrimination because of the doctors’ ages and unwillingness to perform unnecessary surgeries. Albert law has represented employees in a variety of professions, from white collar professionals, to sales personnel, to postal workers. Between 2016-2019, Albert Law recovered more than $2m in employment law cases. Whether you are inside or outside Seattle, give the Washington employment lawyers at Albert Law a call and let them know about your case.

send us a message

Let’s take a look at your case. We work with a network of accomplished attorneys. If we are not the right fit for your case, we know who is.